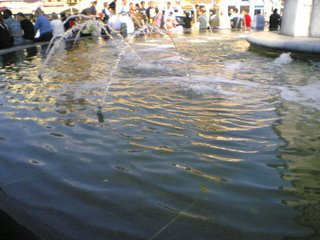 Just had a blast on the Eurostar to Lille, Northern France. Journey pleasant and so was the city, mainly.

So what is there to say about Lille? OK, a few thoughts:

Great food, wonderful Normandy and Breton cider. I could get seriously addicted to it. People not half as stroppy as Parisians, though even New Yorkers with their rep for surliness lose out here. Paris has got to have some of the least tourist friendly bods around, although I admit, it is a beautiful city.

Lille's Metro (or VAL) is one of the best in the world. Small, regular trains which have two speeds. Stop or full speed. They are automatic and if only London Underground could invest in some of this technology the tube would be a much pleasanter way to travel. I was deeply impressed with Lille's metro system, although it is only two lines.

Some lovely central areas not blighted by tourism.

The mad, bad Sunday market. Highly recommended for its size and scale. Very popular with the locals - make sure you come armed with your London elbow since no-one will move for you. This isn't out of a sense of rudeness (in fact, Lillians - or whatever people from Lille call themselves: Lilloise??) don't have anywhere to move either. The number on 'pardonez-mois' and 'mercis' put us Londoners to shame. My parents love France and they always stress how polite the non-Parisian French are. True in this case. Its VERY cramped. A great vibe there there. Nice to hear the barkers hollering in French.

Our hotel was in a central, sleazy area in what passes for the red light district - its rather titchy. This means all night fast food joints, noise of people yelling and much ambient noise generally, and sadly this brings us to the bad point. I its the guy who wrote 'A Year in the Merde' who mentions the copious use of street cleaning machines in Paris. Well I can testify to the fact that there were at least two as possibly as many as four of them circulating round our part of town for most of the night. How to Parisians sleep through this racket? Do they wear earmuffs? Do the machines travel through the suburbs as well or just circulate in the centre? I really need to ask someone familiar with French city life this question because I know that it would drive me nuts, being the insomniac I am.

The other reason to avoid Lille, and I'd include the whole of France, is that Sundays and French tourism don't mix. The only shops open on a Sunday are restaurants (and I'm being kind to them by referring to them as 'shops') and station based newsagents/tobacconists etc. Even Paris was completely dead the Sunday we travelled to it four years ago, and we incorrectly assumed that this particular Sunday was some kind of public religious holiday. Nope, its always like that. So, like Germany, unless you've got family over there and therefore have someone interesting to talk to in their abode, then don't bother touring France on a Sunday because unless you enjoy engorging yourself on admittedly some of the finest food any nation can offer, all day mind, there really isn't much else to do. 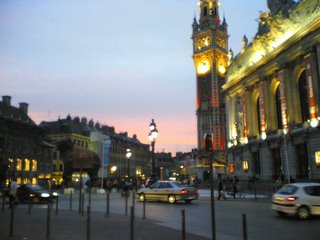 Would I recommend it? Yes, its a more representative slice of real France. Just don't go on a Sunday and if you are there over a weekend, buy all the things you want to bring back with you - chocolates, cheese and northern French cider in our case - then get it on Saturday or not at all. 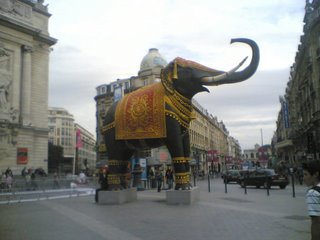