End of the line for North Woolwich NLL services

This will be blogged to high heaven by Railfans (when did word this replace the much greasier sounding 'trainspotter')?

Here's the small but meaningful Daggersdukc photo shrine to the end of the North London Line, which ceased operation between North Woolwich and Stratford stations on 9 December.

Mrs Daggersdukc and myself took ourselves over to Sugar Hill, as we've dubbed the area around the Tate and Lyle factory, a place, which I'm glad to say, is still operating, with all the whirs, clunks and unknown robot noises a factory should make. We discovered a rather fine Eastern European supermarket from which we bought Bigos (a kind of Polish stew) and goulash soup.

We said our goodbyes to the train service. Not one we've ever had cause to use much, but I lived next door to the NLL for 6 years and became almost comforted by the trains' noise. Any curtailment of this service is a sad thing in my opinion.

Here is the train at North Woolwich. 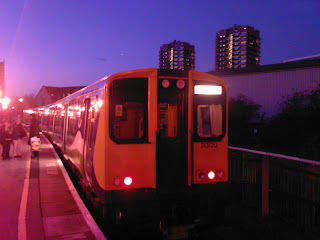 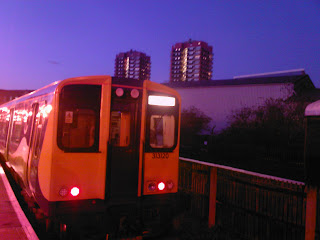 Here are a couple of signs... 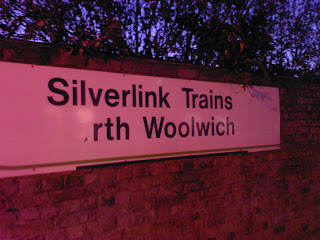 And here are the distinct lamp-posts. Powered with high pressure sodiums - well,those which aren't busted - I bet these looked really eerie when they contained incandescent bulbs. I've had nightmares in which these creepy looking things feature, only in my dreams, they can move... 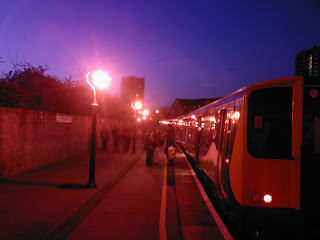 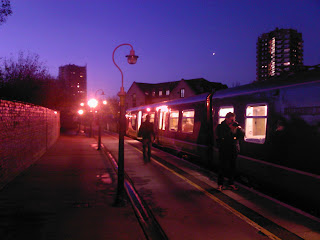