I travelled to Euston station today, in order to see a mock-up of the new S stock trains being built for the Met, Hammersmith & City, Circle and District Lines.

They are Muvo type trains, as used, I do believe, in the Berlin S-bahn services as well as in Shanghai and Madrid. They've been customised for the specific needs of London to some extent.

Bad: Not enough seats, especially on the Met. Seats are rather hard, but we seem to have lost the art of designing comfort into seats these days.

As for the ride, we'll see when they start running. Track is being upgraded all over the tube to the point where it can be rather hard to plan your weekend's travel. Thank goodness for the recession.

Some pictures of the mock-up taken on my phone are below. 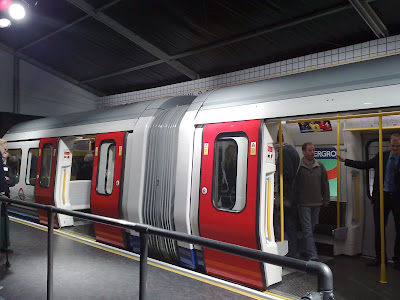 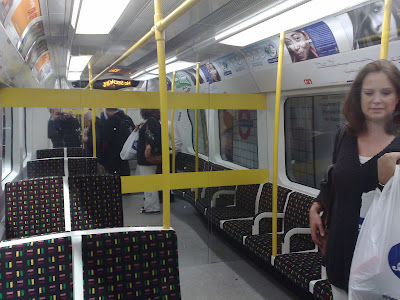 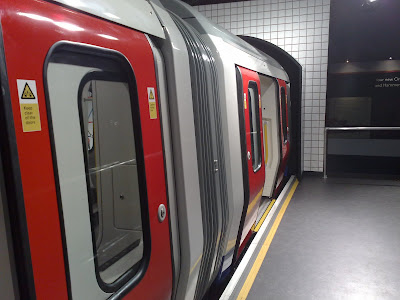 I was told that acceleration on these S stock chuffers should be like that of the Central Line once the old A stock Met lines have been removed entirely from services. These old trains, though big, fusty and rather comfortable, take a bit of time to get moving. The District Line D stock refurbs are a bit like these, so it will be interesting to see the innovations which occur between now the last batch of these going online during 2015.
Posted by Adam at 9:24 pm