If Cameron's Tories were Microsoft 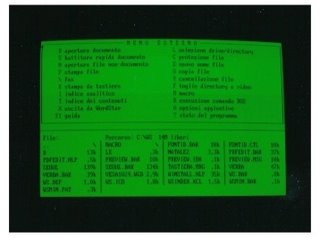 You’ve just bought a new operating system for your PC. Maybe you’ve read reviews that call it the next best things since Windows 2000 (an OS which in my opinion was the most stable, reliable Microsoft offering ever). Some reviewers complain that it is too much like the current version of XP, which has reigned supreme for the last three or four years. Some say its too radically different – the colours are too way out, the means of getting your word processor to fire up are convoluted. But you bite the bullet anyway. This OS is the future and you’re going to be stuck with it at some point in time anyway. Might as well enjoy.

So you install the software. It looks great. Bill Gates gives you a personalised tour of the bits you need. Bells ring, whistles blow. The installation ends.

Then you try to fire up Word. Instead, the computer grinds down about 50 gears, the monitor fizzles, then some green text on a black background is displayed. Up pops Wordstar 2.1. In a window which looks scarily like…shock, DOS! DOS! That’s going back to age of dinosaurs isn’t it?

Well yes. You hunt around for Word in the filing system. Gone. You go onto the Internet (this is now purely ASCII based by the way) and on Google you find a file search facility like Spotlightt or Google Desktop. You start looking for documents. Well, whew! They’re still intact, but where is your word processor? It really has disappeared. And what’s more Wordstar 2.1 won’t touch your Word documents. Too new and high fallutin, apparently.

So the next thing to do is phone the helpline. “Is the replacement of Word with Wordstar 2.0 some kind of retro-inspired joke?”. “No”, you are told, “if you read the small print…”.

Excel has been replaced by a Lotus 1-2-3 beta.
Where the hell is Access?
GIVE ME MY SOFTWARE BACK!!!

So that’s it. You’ve now gone back in time 20 years. And unlike some versions of an OS, which allow you to re-install the previous version, this one just petulantly throws out the Windows XP disk (that’s when the drive doesn’t lock up entirely). You are sad, you mourn of the loss of your hard work.

And this, ladies and gentlemen, is why the current Conservative Party can’t win the next election. Great front end. Ancient, knackered software which would have been ashamed to have been seen on an Amstrad 1640 from 1984. Sure, the leader has the charisma of Blair c 1997 but the power elite behind the scenes is markedly 8 bit.
Posted by Adam at 12:29 pm