We appeared in the city at about midnight after taking the expensive Arlanda Express train from the main airport. After faffing around at T-Centraalen interchange, we found our route to Odenplan station, and a short walk onwards to our hotel. 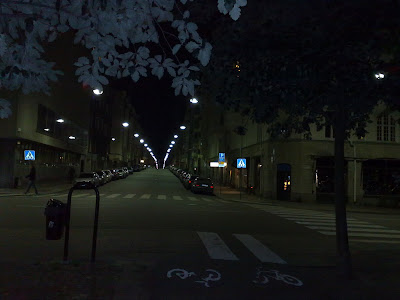 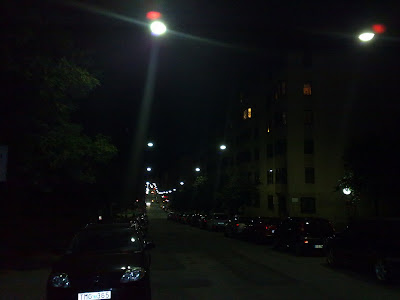 This was our view en route. I love the street lighting here, mercury vapour lamps which cast a white-purple glow over the street - you don't see these too often in London any more, though they used to festoon Walthamstow and parts of West Drayton and Harmondsworth near Heathrow, until the mid-80s.

I bet these look rather magical shining on winter snow.
Posted by Adam at 4:38 pm