We took a boat trip around and about the canals and rivers of Stockholm and these are some of the views- actually I wish I'd remembered to take my camera out earlier, as there was some particularly mournful shots to be taken under the bridges at Slussen. 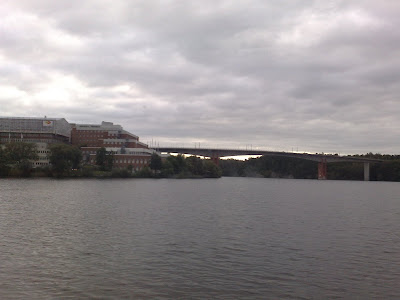 I did manage to capture a few pictures of some waterside apartments - OK, I hate the word, I'm British, and I meant FLATS. I actually rather like this design which seems to appearing in every city where young wealthy singletons or couples live - the London papers are full of identikit models. 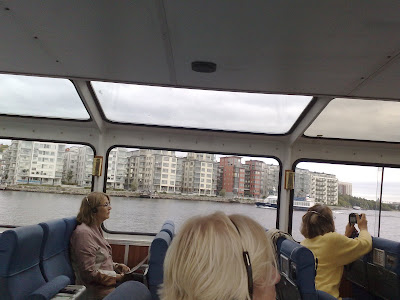 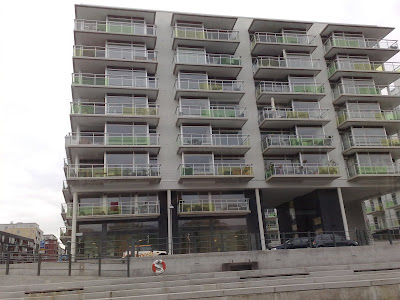 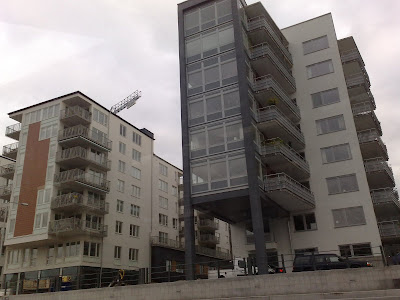 And here is the inside of the boat itself. I'm glad the Swedish flag is on board - in England some dickhead would accuse the boat owner of being racist or something sad. Unless you carry the politically OK (just about) Union Jack. 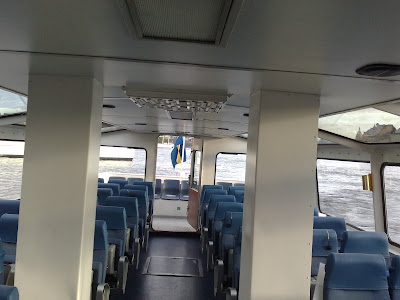